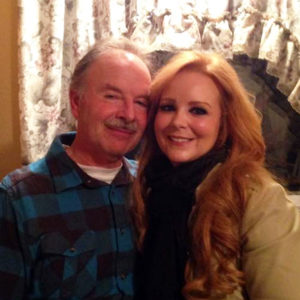 Kristine (“Kris”) Macari Garrison was born and raised in Collinsville, Illinois on the Metro-East side of St. Louis. She is a graduate of Collinsville High School. Kris received her Associate Degree in Interior Design from the Stevens Institute of Business and Art in St. Louis. She applied her interior design degree for a transition to business administration and management. Kris began working for Pest control Management (PcM) as a business administrator in 1996. At PcM, she met her future husband, Bob Garrison. Kris and Bob joined S & B Best Pest in 2001. In addition to managing the day-to-day operations of S & B Best Pest, she is the owner of AAA Radon Services. Kris received her radon testing and management certifications through the University of Chicago and University Educational Services, Inc. under the tutelage of Dr. Paul N. Houle, a renowned physicist who received his doctorate from Cornell University. Kris has been certified with the National Environmental Health Association (NEHA) and a member of the American Association of Radon Scientists and Technologists (AARST) for two decades.

Robert (“Bob”) Garrison was born and raised in St. Louis, Missouri. He is a graduate of Fox High School in the St. Louis neighborhood of Arnold. Terminix hired Bob in 1976, where he worked for more than a decade. Pest control Management (PcM) recruited Bob in 1987, where he became a key member of the PcM team for nearly 13 years. Bill Wingbermuehle and Steve Clutts recruited Bob to S & B Best Pest in 2001. He brought along another valuable addition to the company. His wife, Kris, offered expertise in radon gas testing and mitigation under the umbrella of the newly expanded business. In 2016, Bill and his wife, Pat, decided to retire, transferring the history, ownership and leadership of S & B Best Pest to their long-time employees and friends, Bob and Kris. Bob brings more than four decades of experience to pest control services.